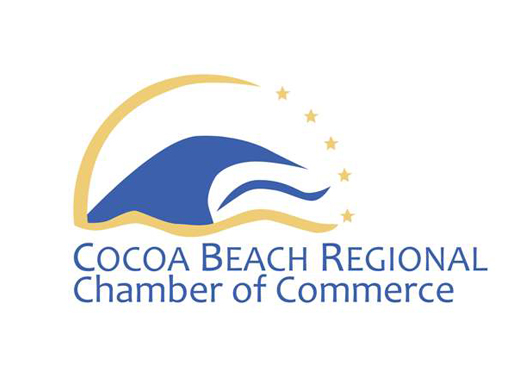 The roots of the Cocoa Beach Area Chamber of Commerce reach back some eighty years. In 1921, Cocoa, Rockledge and Merritt Island began separate Chambers of Commerce and, in 1925, Cocoa Beach opened its own Chamber. These small Chambers worked hard for the good of their municipalities and helped build a positive foundation for the businesses in our area. However, community visionaries recognized that a consolidated organization would have a stronger and more effective voice.

In 1967, a committee from each of the Chambers was formed and, through much of 1968, these committees met to lay the ground rules of a combined Chamber. On September 1, 1968, the Cocoa-Rockledge Chamber, the Merritt Island Chamber and the Cape Kennedy Chamber joined together to form the Cape Kennedy Area Chamber of Commerce, with Dudley Jewell as the first Executive Director.

The first Chairman of the Board, in 1968, was Tommy Alston. He also repeated as Chairman in 1975. Tommy still closely follows the Chamber’s activities and is President of Alston Properties, Inc., in Merritt Island. The list of past chairpersons reads like a “who’s who” of past and current business and community leaders.

Today, at the Cocoa Beach Area Chamber of Commerce we offer close to 2,000 partners a strong voice in the important issues facing our area. We are concerned about responsible growth and seek a legislative and economic climate that encourages business development and more jobs. Working together, we look forward with optimism to a future of peace and prosperity for our area and nation.