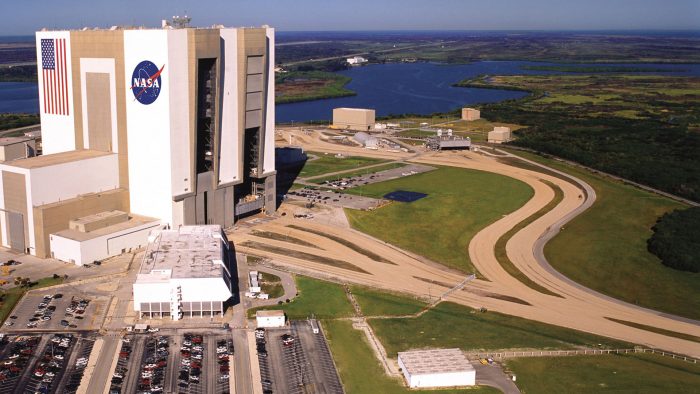 Orlando vacations aren’t complete without a trip to the Kennedy Space Center Visitor Complex. Just east of the most popular Orlando attractions and theme parks, NASA’s launch headquarters is the only place on Earth where you can tour launch areas, meet a veteran astronaut, see giant rockets, train in spaceflight simulators, and even view a launch.

Experience more on your Orlando, Florida vacation with a day trip to Kennedy Space Center Visitor Complex, where the sky isn’t the limit – it’s just the beginning.

Kennedy Space Center is NASA’s launch headquarters, the home of the Space Shuttle program and one of the only places in the world where humans have launched into space – the only place where humans have left to go to the Moon. Today, this is where the Space Shuttle is prepped for flight, launched and landed. Unmanned rockets, whose payloads have included communication satellites, rovers bound for Mars and interplanetary explorers, are also launched from the Cape Canaveral Air Force Station.

Kennedy Space Center is one of several NASA centers that perform vital tasks for the space program. Others include Johnson Space Center in Houston, Texas, and Goddard Space Flight Center in Greenbelt, Maryland. The responsibilities range from astronaut training to mission operations and important research functions.

To ensure that these centers are constantly working together, NASA launched the One NASA initiative encompassing how NASA accomplishes challenging projects through all of the centers. A One NASA approach emphasizes a unified strategic plan, a strong commitment to teamwork, and tools and capabilities for greater collaboration across the agency.

John F. Kennedy Space Center is America’s gateway to the universe and NASA’s launch headquarters. Just 45 minutes from Orlando, it is a working government facility where more than 10,000 men and women push the limits of scientific knowledge each day.

But it’s also a remarkable place for visitors to explore and make their own discoveries. Celebrating the past, present and future of mankind’s accomplishments, Kennedy Space Center is part of any great Florida vacation.