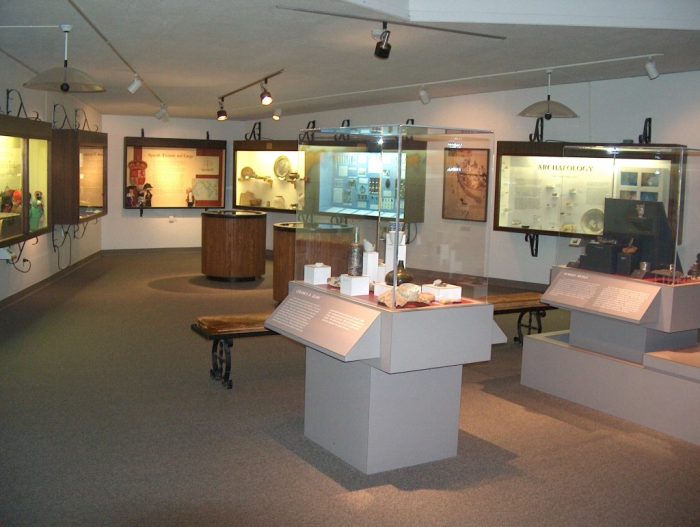 The McLarty Treasure Museum is located on the site of the 1715 Spanish Plate Fleet salvaging camp; a site designated as a National Historical Landmark. From the 1500’s to the early 1700’s, Spain mined vast quantities of silver and smaller amounts of gold in the mountains of Mexico and South America. Fashioned into ingots and coins, the treasure began its journey to Spain in wooden sailing vessels. The fleet encountered a large hurricane along Florida’s coast and sank on the shoals between Cape Canaveral and Stuart. Some 1500 survivors struggled ashore, set up camps and set for help from Spanish colonies in St. Augustine and Cuba. The Spanish salvaged the wreck sites for four years and with the passage of time this catastrophe was forgotten. In the early 1960’s, the wrecks were rediscovered and salvage operations recommenced. Modern salvaging techniques have yielded new discoveries that continue into the present. The McLarty Treasure Museum is dedicated to telling the continuing story of the 1715 Spanish Plate Fleet. Original artifacts are on display including gear from the galleons, weapons, and treasure.