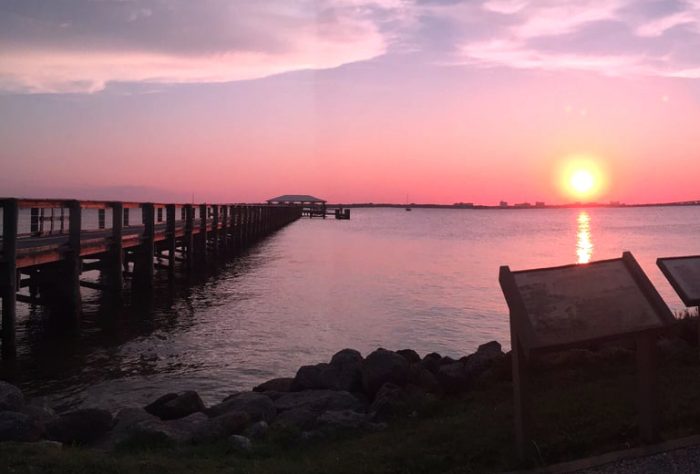 The Melbourne Beach Pier was built between 1888 and 1889 by the Indian River and Atlantic Railway Company. Constructed of wood planks and pilings in a method used in the late 1800s, the pier is the oldest known example of such piers on the Indian River. After the pier was built, a railroad was laid from the ferry landing on the dock and across the barrier island 7/10 of a mile to the ocean beach to provide access to the Atlantic Ocean by a pushcart and later by a motorized car. A ferry service operated by the Beaujean family between 1889 and 1923 and the railroad provided the most practicable access to the island, and excursion boats from the mainland communities often brought winter tourists to dock at the pier. The community’s first post office was located at the east end of the pier providing daily mail service in 1894. The building of the toll bridge between Melbourne and Indialantic in 1921 ended the pier’s importance for island access and today the pier is used for recreational purposes.