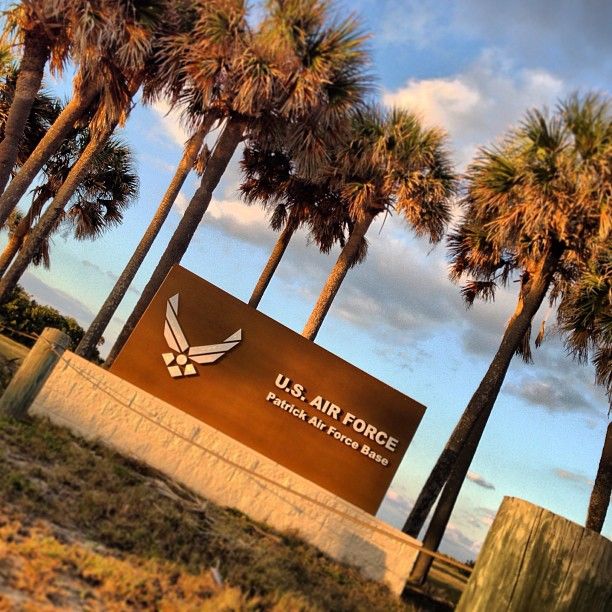 Patrick Air Force Base is a United States Air Force Base located between Satellite Beach and Cocoa Beach, in Brevard County, Florida. Patrick AFB was established in 1947 for long-range missile testing/tracking after being transferred from the Navy where it was used as the Banana River Navy Auxiliary Base during WWII. It was named in honor of Major General Mason Patrick. An Air Force Space Command (AFSPC) base, it is home to the 45th Space Wing. Additional tenant activities include the 920th Rescue Wing, the Air Force Technical Applications Center and the Defense Equal Opportunity Management Institute (DEOMI). Total employment is 10,400. There are 13,099 military, dependents, civilian employees and contractors on base.